identify the geographic location at which a Fact happened.

What are Places and Addresses?

According to GEDCOM, a

Creating or Editing a Place or Address

ƒh version 6 introduced Place records, which you can view via View >&nbspRecord&nbspLists >&nbspPlaces. These are created automatically when you create a new Place value; in addition to the place name , they can also hold a Standardized Place, geocoding information, notes and links to media.

In ƒh version 5, or if you wish to use separate Address and Place values in ƒh6 or later, a combination of Source and Repository records can be configured to achieve a similar result using the Map Life Facts plugin.

These recommendations apply to all approaches to working with

Think Carefully about your Approach

This approach eliminates overlap between elements. For example:

This approach adheres most closely to the GEDCOMGEDCOM, an acronym for GEnealogical Data COMmunication, is a specification for exchanging genealogical data between different genealogy software. It is a file format that most genealogical programs and online trees recognise. standard (including the overlapping information) so may migrate to other genealogy database with fewer problems. For example:

A recurring question from newcomers to genealogy is: Do I enter the as it was recorded at the time, or do I enter the current equivalent?

Genealogical best practice recommends that you document the name as it was recorded in the source that refers to it, i.e. an historical name. However, historical place and address data may not be familiar to people viewing your research, and it doesn’t geocode very well. You will want to record a more contemporary equivalent, either (versions 4 and 5) in a note associated with the relevant event or (version 6 and later) as a Standardized Place in the relevant place record perhaps with more detail in the Place Record Note.

If you’re not using Addresses, you’ll find the Short and Medium qualifiers are of little value. However the TextPart function can help overcome this. 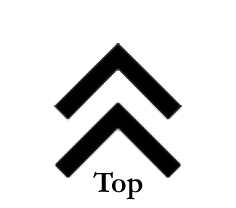